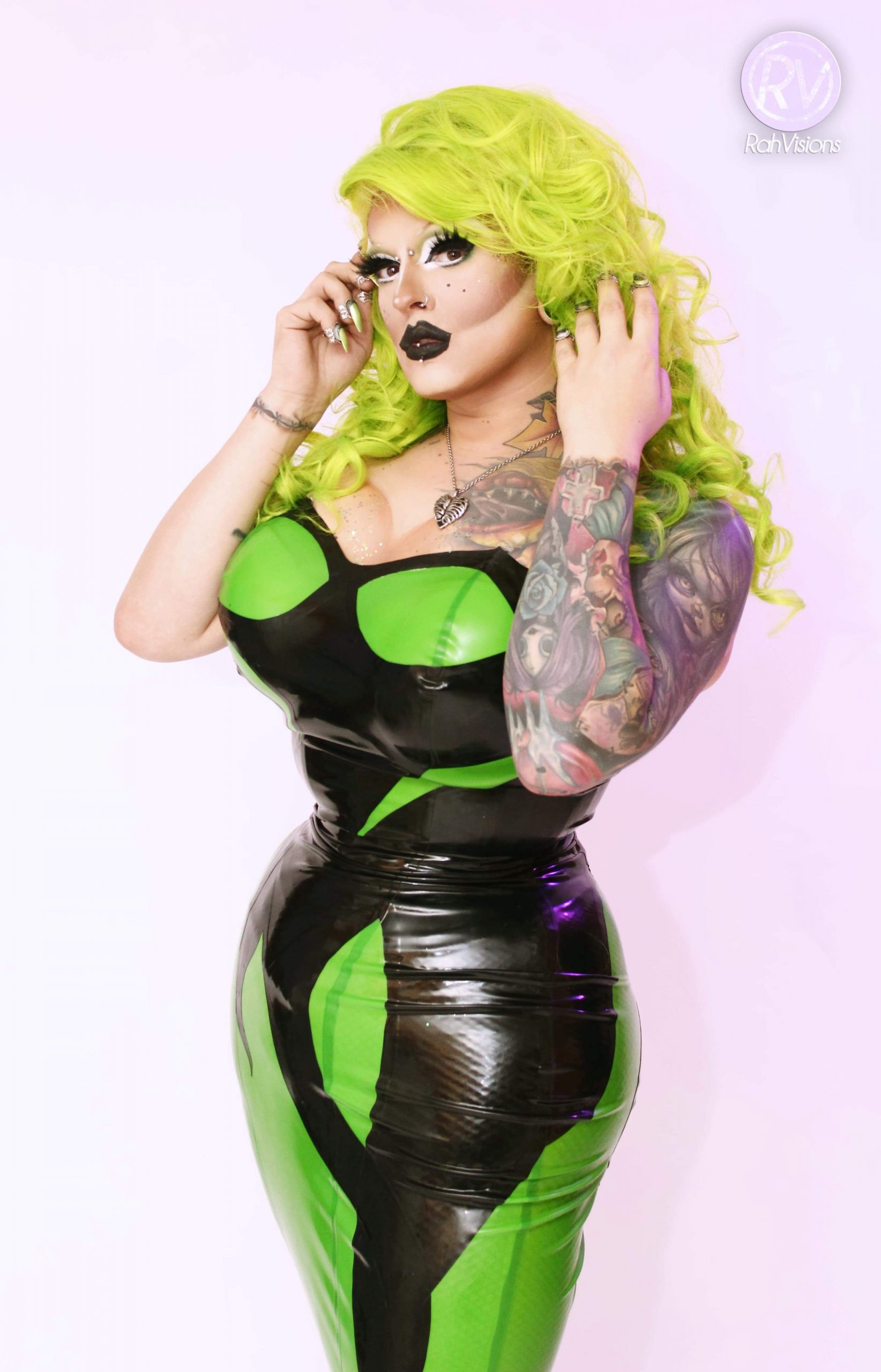 Mia (she/her) or Mia from House of Lay LLC

She’s campy and kooky. Thicc and Spooky. A tiny waist and a subtle face. Mia is a drag entertainer from CT. Mother and creator of the House of Lay, her skill sets are numerous! You can find her running drag shows around CT, doing Pokémon streams on twitch, and hiding from her surplus of unpaid parking tickets! 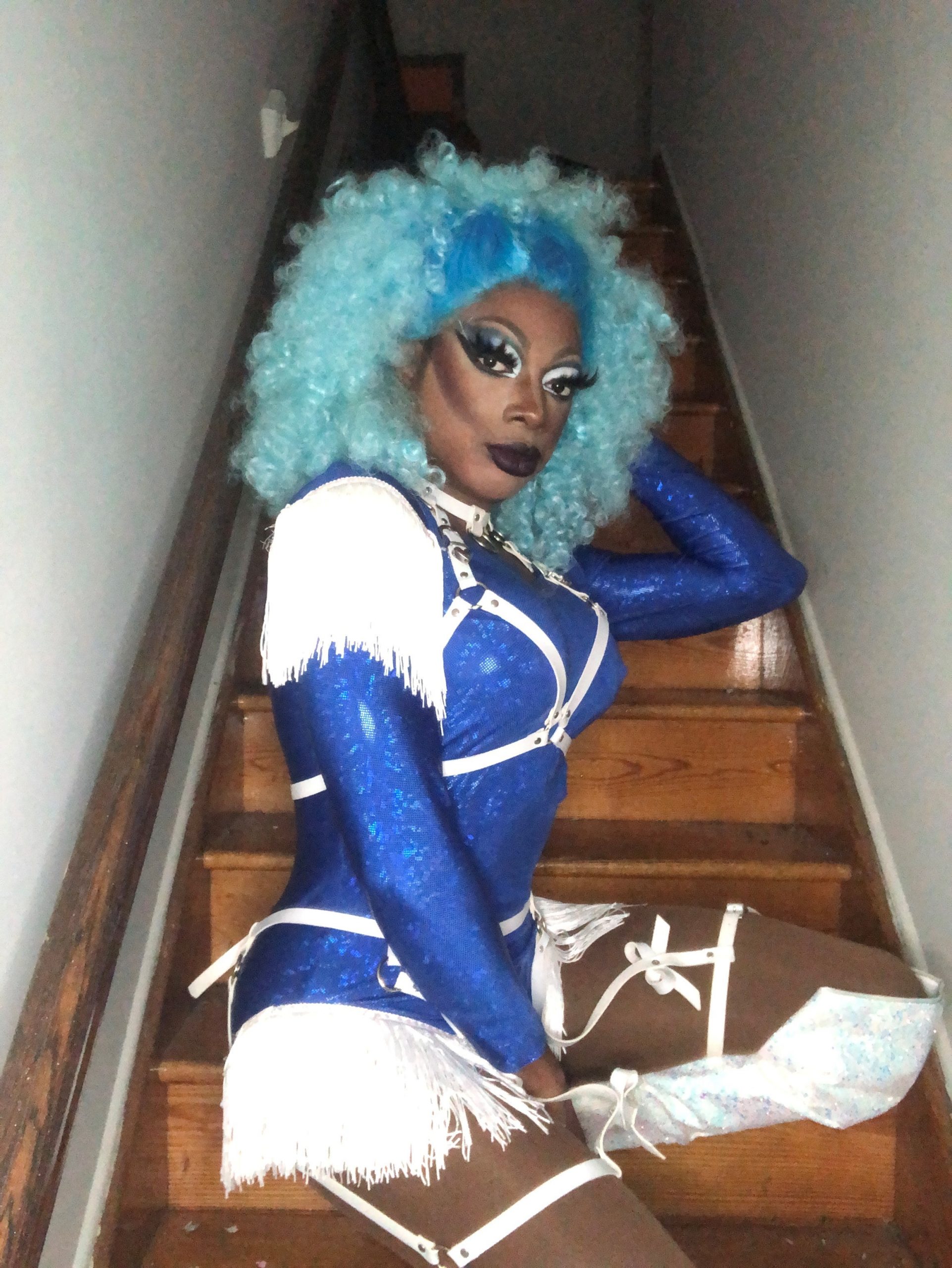 She’s a melanin Queen living her Ultimate Dream, so press start…it’s Kenya Mone Heart!  She locally grown and bad to the BONE! From Hartford to New Haven, only 26  years of age and ready to take the Middletown stage!  I cant wait to perform for this year’s 2021 Middletown Pride and celebrate our community and allies. 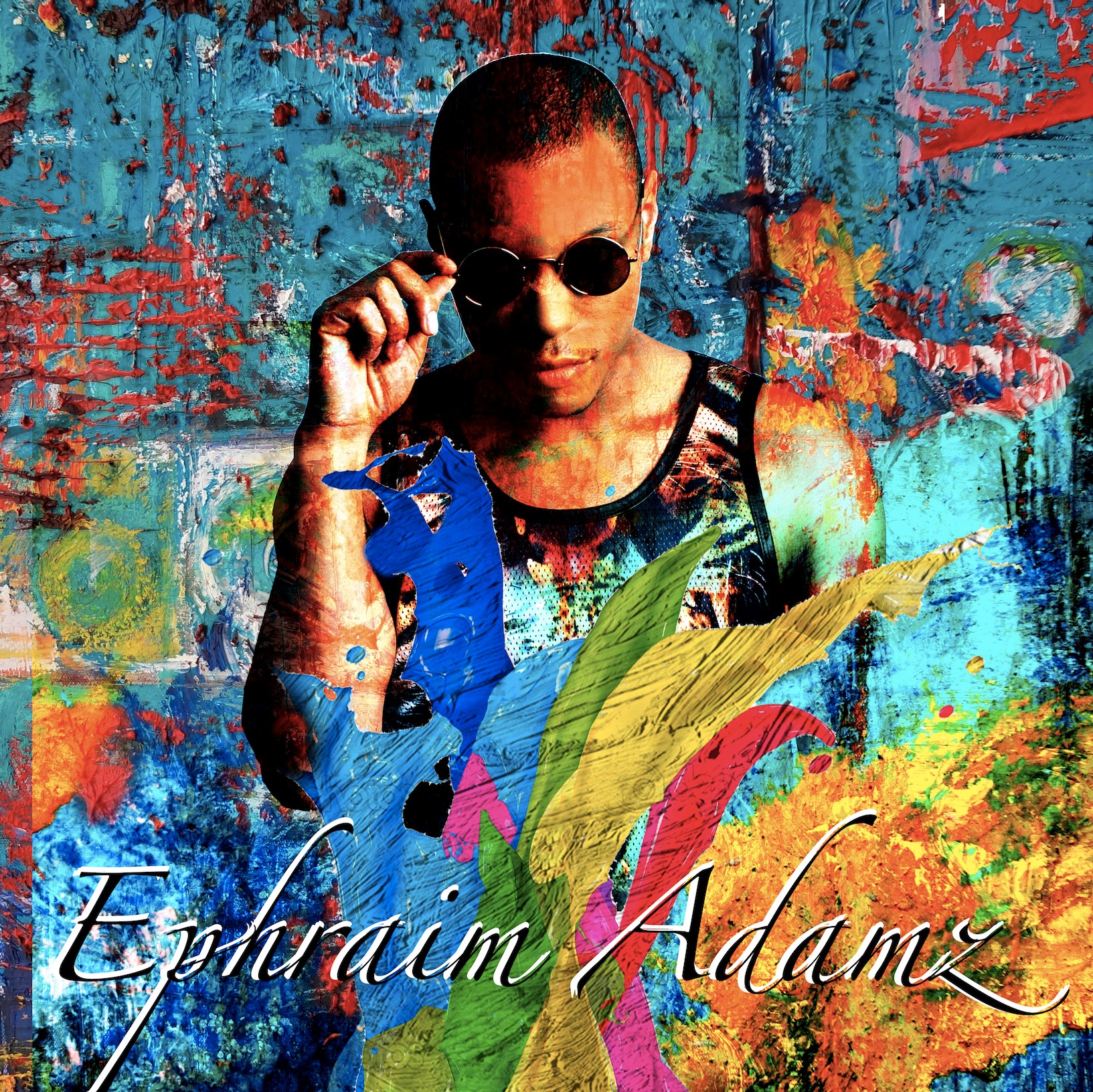 DJ, filmmaker, songwriter, and entertainer Ephraim Adamz made his debut on YouTube in 2014 with the viral music video “Twerk Bitch (You A Bottom)”. Since then he has collaborated with over fifteen Pride Festivals. Two are the largest in the United States, including Rhode Island Pride and Stonewall 50 WorldPride NYC 2019. During the Covid-19 pandemic he was one of twenty-four video editors to produce Global Pride 2020, the world’s largest LGBTQ+ virtual event in history.
In 2021 he directed the documentary “T-Girl: The Truth In Transitioning” which follows a trans woman’s journey through Gender Reassignment Surgery – YouTube.com/c/EphraimAdamz
A second documentary titled “Pride Before Covid” evaluates how the Covid-19 pandemic has impacted queer communities and is currently in post production for a 2021 release.
The same year he began working on his EP “Uprising 1969”, a retrospective on The Stonewall riots and the recent police brutality protests in response to the murder of George Floyd. 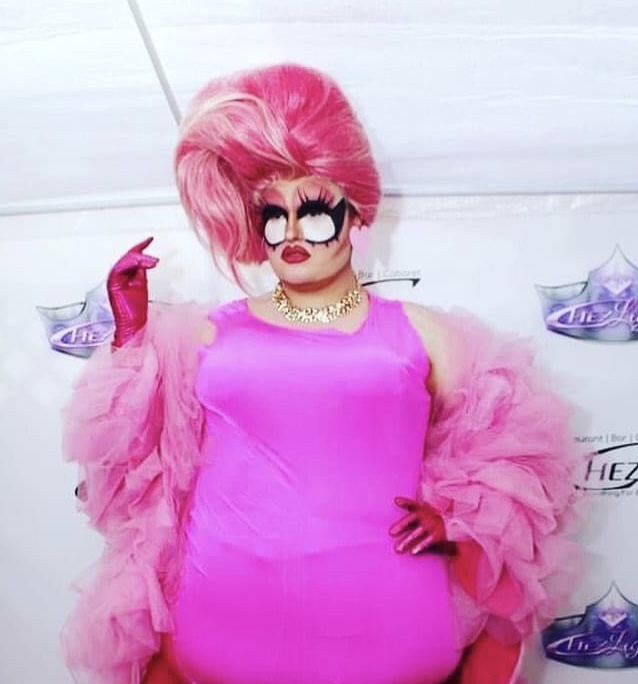 Giganta Smalls is the largest drag queen in captivity, and she’s here to bring her campy brand of body positivity to Middletown Pride! This real life cartoon beauty performs all over Connecticut and is excited to return to this year’s pride celebration. If she’s, learned anything over this pandemic it’s to keep your friends close and your snacks closer. 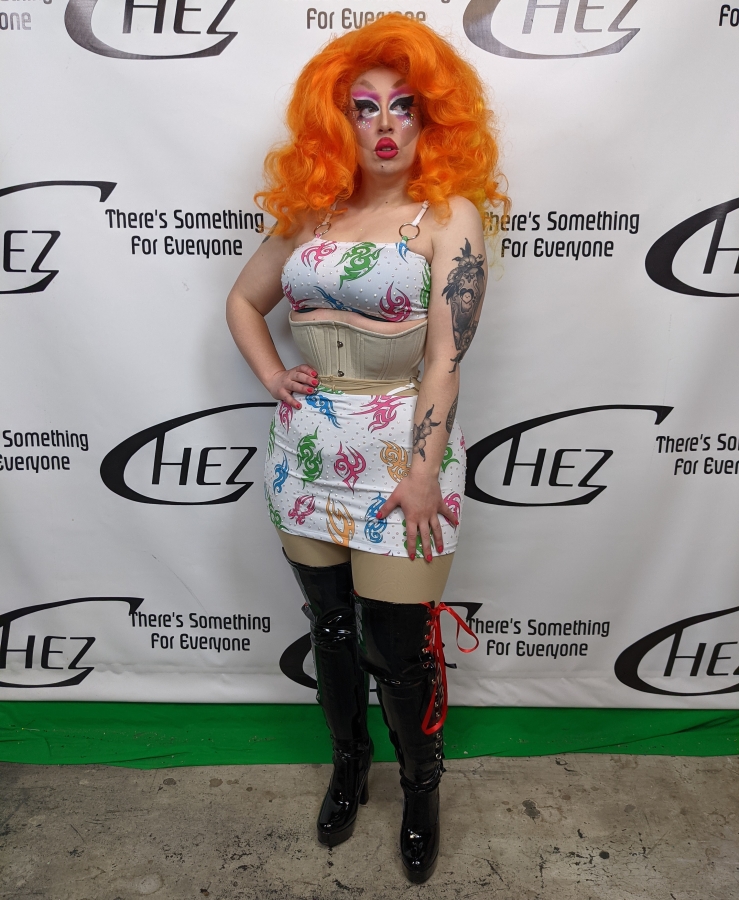 Frizzie Borden is an AFAB drag artist living in Middletown. She has been performing all around New England for 3 years and is excited to be in her first Middletown pride! She is a little bit spooky, a little bit camp, and 100% stupid

Mia (she/her) or Mia from House of Lay LLC

She’s campy and kooky. Thicc and Spooky. A tiny waist and a subtle face. Mia is a drag entertainer from CT. Mother and creator of the House of Lay, her skill sets are numerous! You can find her running drag shows around CT, doing Pokémon streams on twitch, and hiding from her surplus of unpaid parking tickets! 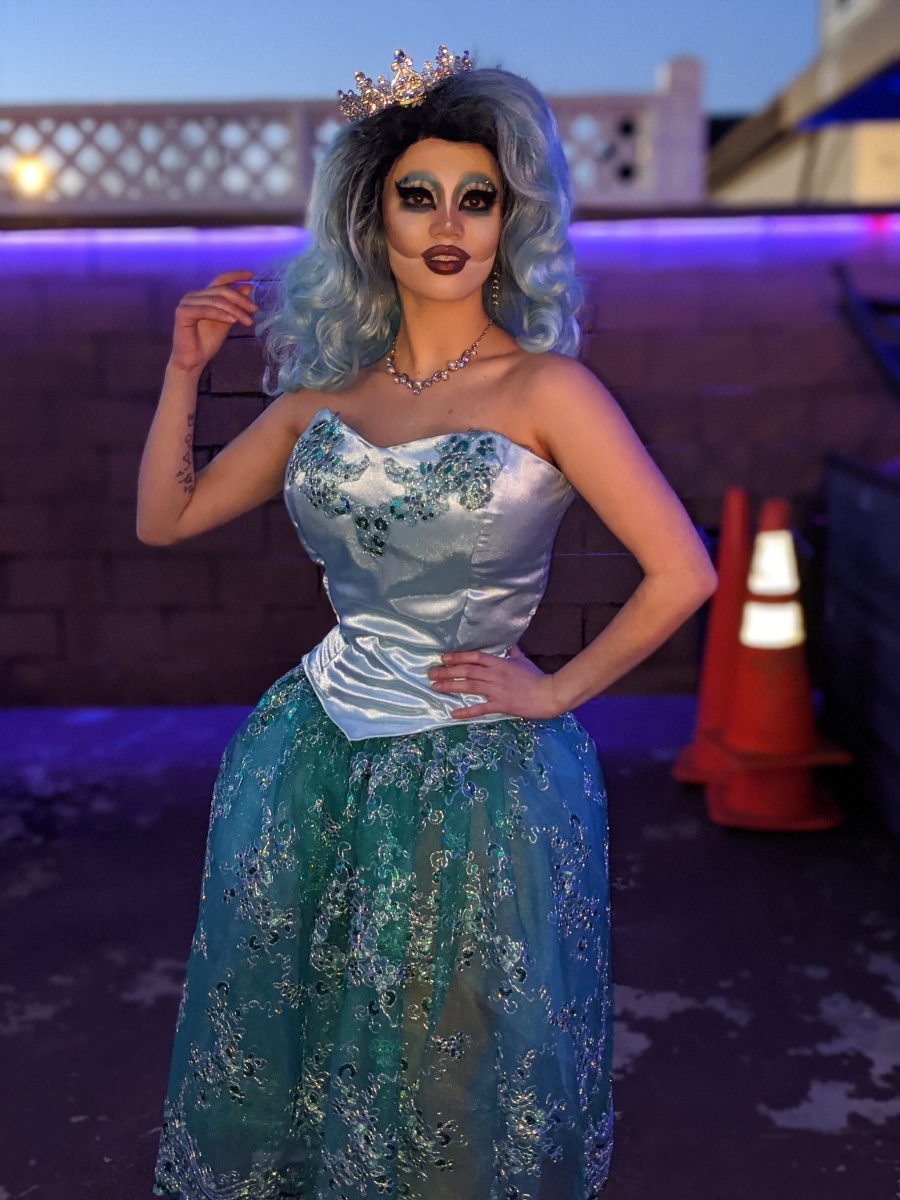 Rory Roux Lay is a CT based trans drag artist who actively performs throughout the state in both virtual and socially distant shows. She loves doing a variety of different types of drag including comedic, dance, political, and alternative numbers. In addition to performing, Rory also sews costumes, makes posters, and edits videos. Follow her on IG @roryrouxlay for drag, and @sewnbymars for sewing!

Sparkle A. Diamond (she/her) was created in May 2006 by Kishorn C Henry-Walker while residing in Baltimore, MD. Sparkle, or Sparky, as her friends call her, lives by the motto, “leave a little Sparkle everywhere you go”. Sparkle hails originally from St. Thomas, United States Virgin Islands. She has dabbled in the arts here and there but most of her performance art training took place during her childhood as a trained trombonist and her strong participation in steel pan ensembles. Her love for music and performing also came from her very active participation in caribbean carnival events…something she often likes to call feteing! Sparkle’s first career as a Human Resources Management professional has required her to move a few times over the past few years. She has resided in cities such as Baltimore/Washington DC, Philadelphia, New York City, and New Haven. Over the years, Sparkle has held a few titles including the coveted Ms. East Coast International Newcomer, Ms. Leons, and Queen of Pride of Baltimore. This has afforded opportunities for her to perform her art in various venues along the east coast but always takes pride in Baltimore as her “drag home”. She has been casted in different venues such as Philadelphia’s oldest drag show at the legendary Bob and Barbara’s lounge, and the gone but not forgotten Hippo Bar in Baltimore, just to name a few.
Sparkle currently resides in Bridgeport, CT with husband, Aharon, and family. She has performed in many venues in and around CT, and currently is a cast member of the Lipstick, Lashes and Lies drag show at Comix Roadhouse – Mohegan Sun Casino. In her spare time she enjoys gardening, sewing/costume-making, small home improvement projects, traveling, entertaining friends, cooking delicious meals and makeup artistry…just to name a few! Sparkle’s advice to the rest of the world is to always 1. Seek to understand, 2. LIVE, you may regret it later in life or you may not even live to tell the tale! 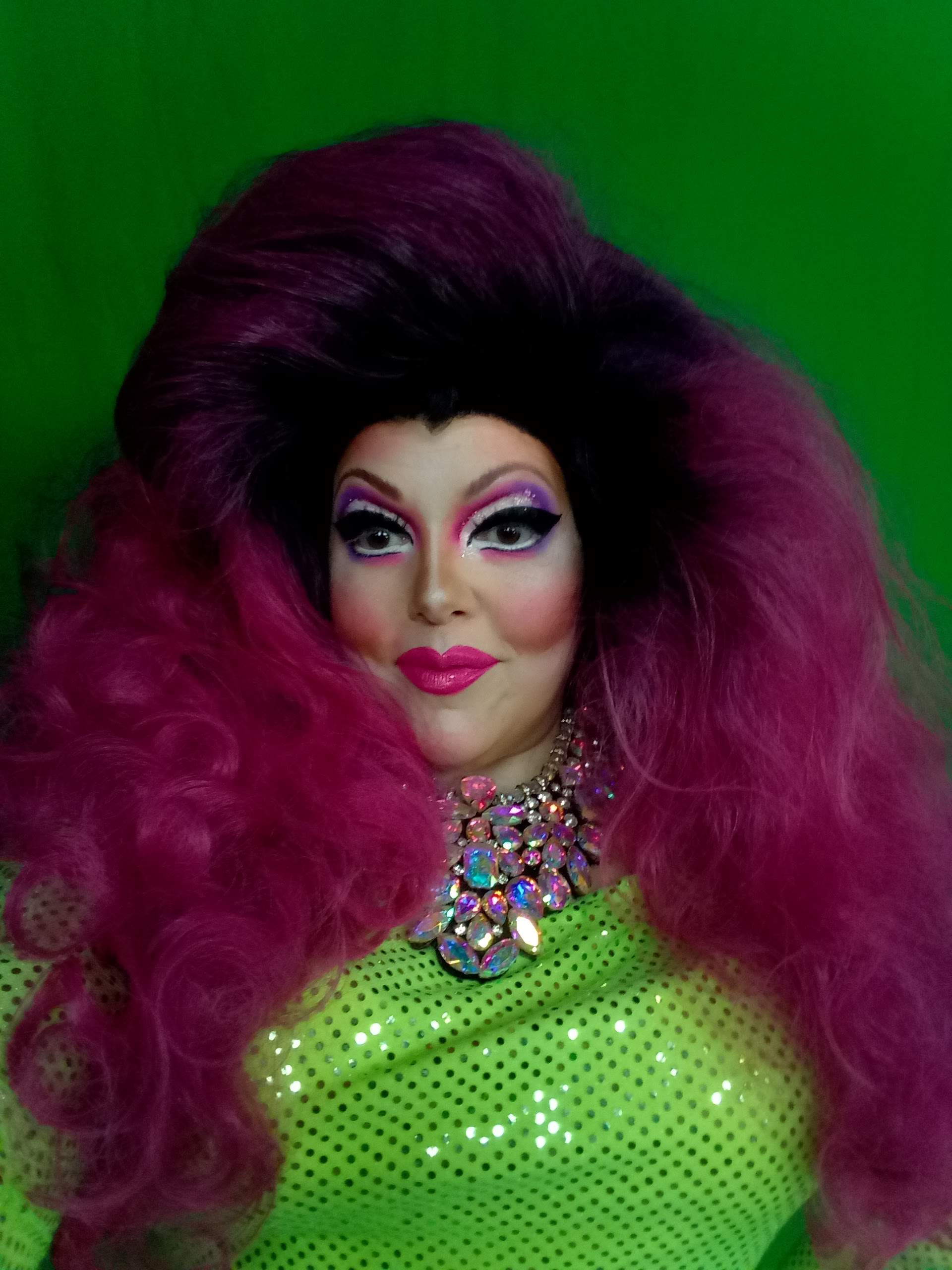 Former theater kid and aspiring cabaret singer, Tiki Malone isnt a regular mom, she’s a cool mom. A legend in her own mind, Tikis greatest aspiration is to one day be described as a gin soaked eccentric. She is a decades long drag enthusiast turned performer who mixes pop culture, Broadway, and a healthy dose of self depreciation into everything she does. 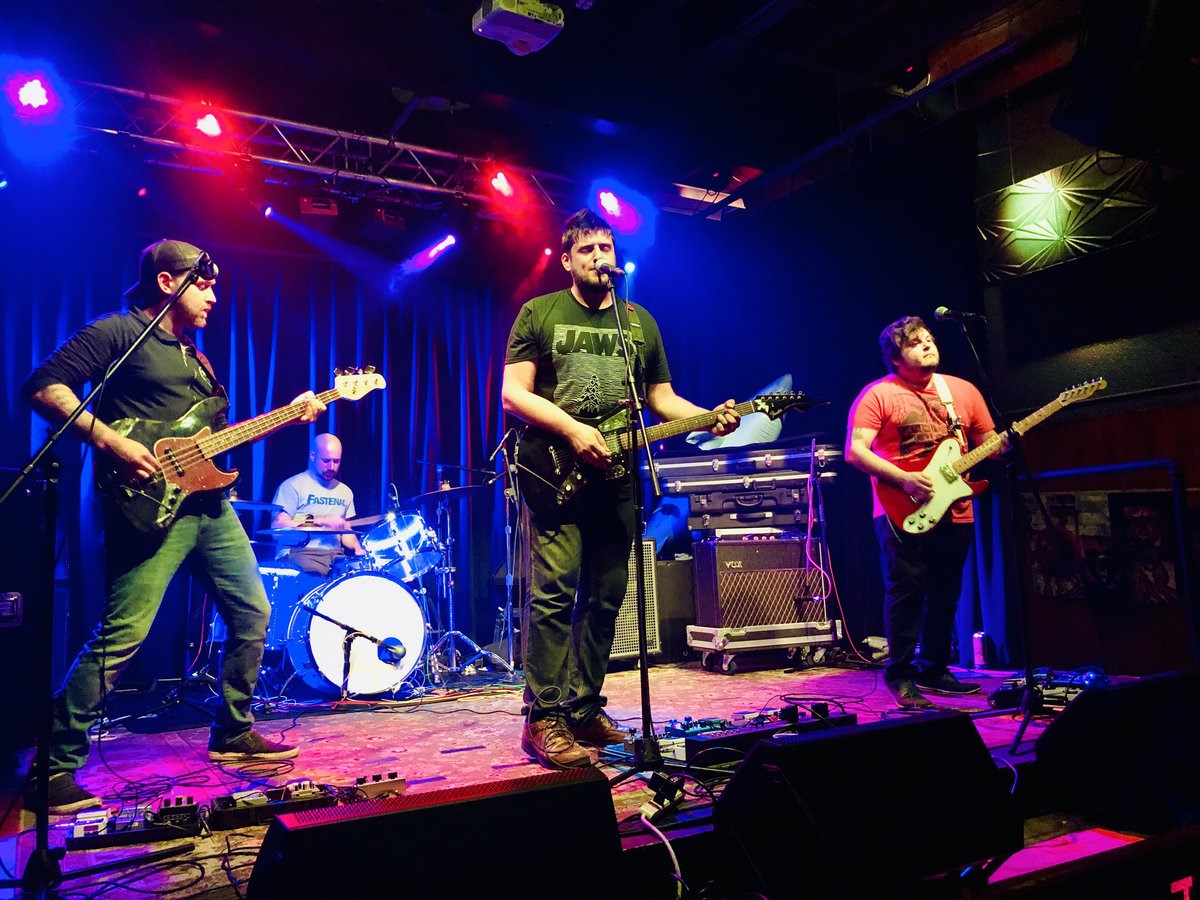 Formed in the autumn of 2018, Ghostwoods quickly got to work writing songs combining the heavy distorted melodies of Nirvana and the catchy, yet cutting lyrical content seen in bands such as Brand New and The Cure. Thematically, Ghostwoods’ songs dive deep into love and life, and the coping mechanisms that we use to keep it all in check. Much like a ghost story, their songs delve into reconciling with the past, facing the present, and moving on into the future, free of one’s haunted past. The juxtaposition of their dark vulnerable lyrics and upbeat music demands repeated listens, at first for catchy melodies and then for the lyrics which are as poetic as they are hauntingly real. Their debut 6 song EP entitled, “Faded Silent Films” is out now on Spotify, Apple Music, and all other streaming services. The band spent the madness of 2020 writing a batch of new songs, that explore uncharted territory, while also expanding on the themes of their previous work. Ghostwoods can be found on Facebook, Instagram, and Twitter.
-Bio written by John Opalenik, author of “The Primeval” 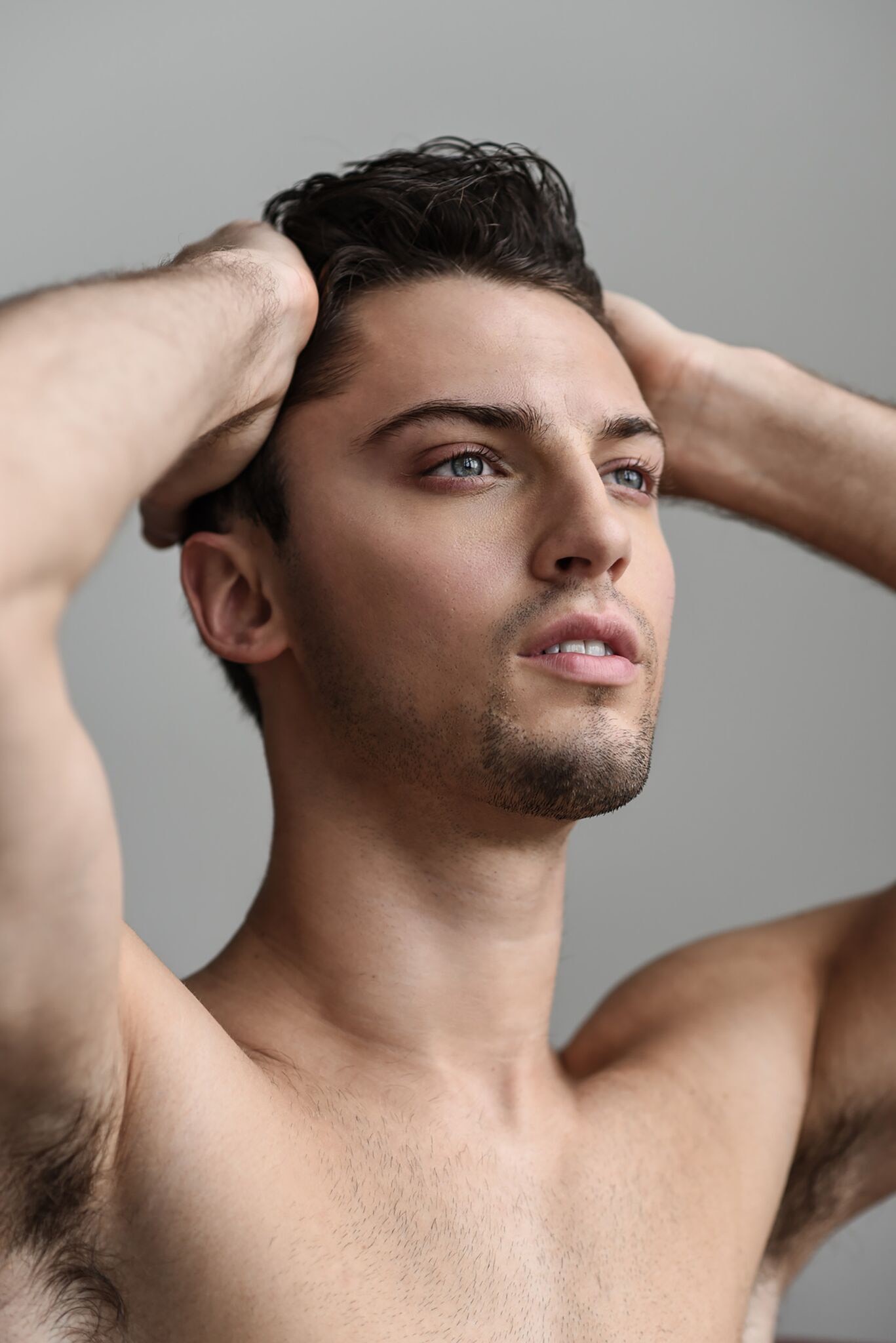 Danny C is a 27 year old music artist from Southington, Connecticut. He burst into the music scene with his debut song “Where They At?” and ever since then has began to build an amazing bond with his fans and people who feel inspired and empowered by the music. His goal is to open the minds of people from different worlds to see the commonality in the love of art. 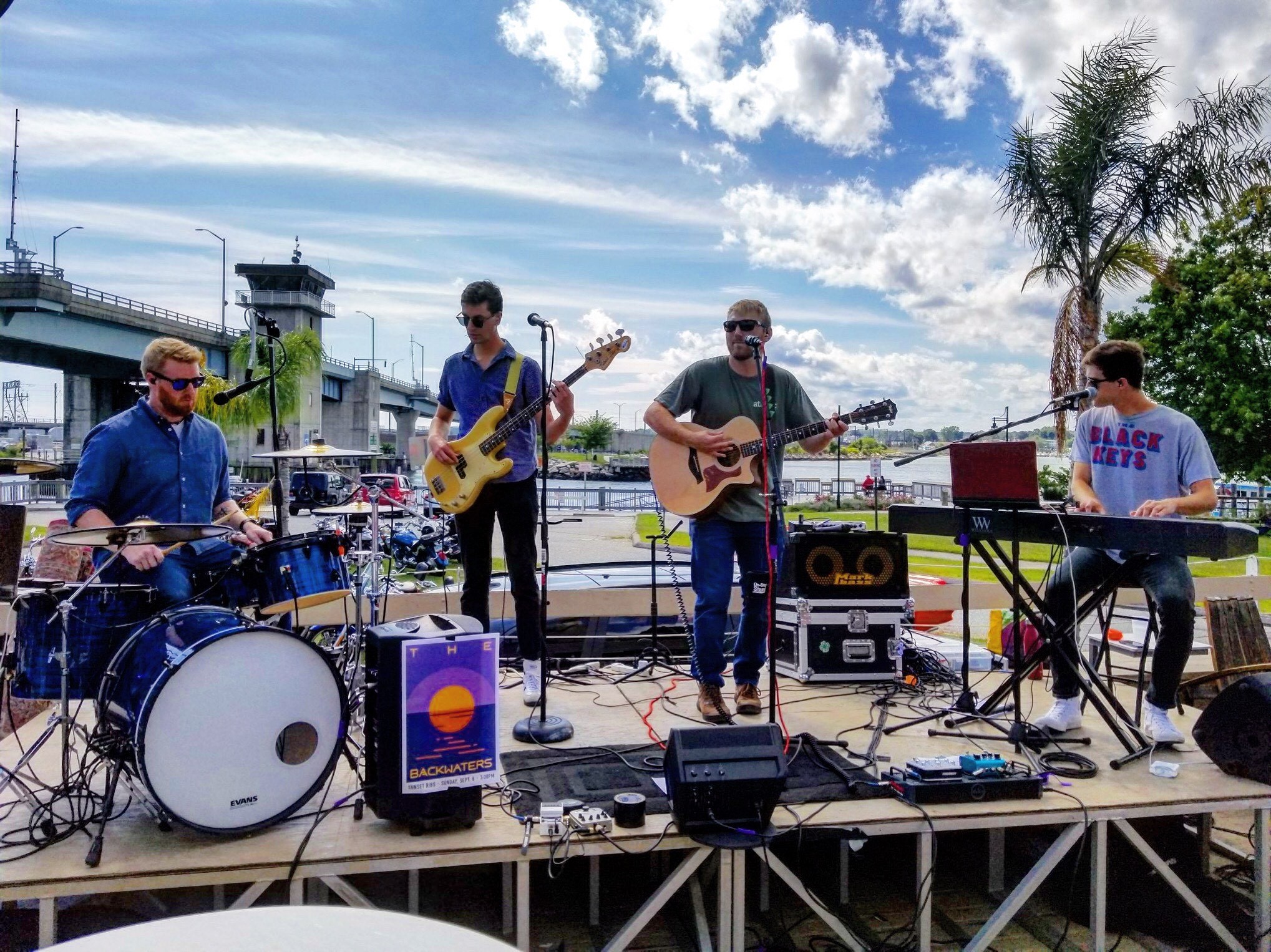 Formed on Middletown’s own Washington Street, The Backwaters include Jack England (guitar), Jameson Foulke (bass), Aaron Maddux (drums), and Hunter Muir (lead vocals and keys). They play electric covers of bands ranging from the Lumineers to the Black Keys, the band’s major influences. You can follow The Backwaters on Instagram @thebackwatersband