Please check out the following links to read articles that feature Middletown Pride! 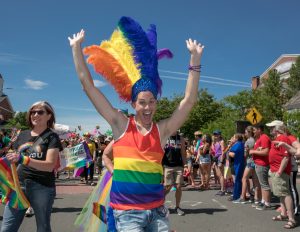 MIDDLETOWN — The city’s Pride celebration, which drew a staggering 15,000 people downtown last June to mark Gay Pride Month, is gearing up to be more successful than its inaugural year, organizers predict.

The parade and festival takes place the third Saturday in June.

“We imagine it will be an order of magnitude bigger this year, because now it’s happened, we’re an actual event, so we think we’re going to get more people than last year,” said Christopher J. Forte, assistant general counsel and event organizer for the past two years. “That’s in vendors, volunteers, groups that want to be a part of it.”….. 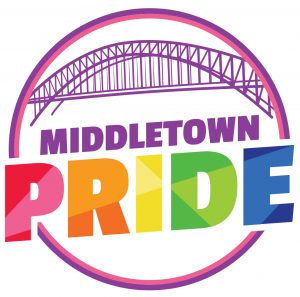 At The Historic South Green will include music, performers, vendors, and food trucks. Fun for the whole family!….. 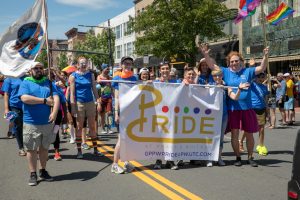 MIDDLETOWN — It was such a success that organizers are already anticipating next year’s event.

The city’s inaugural Pride Festival drew an estimated 15,000 people to the streets in honor of Gay Pride Month, creating a spectacular rainbow of colors as individuals and groups from across Connecticut and beyond walked in the parade, spectated and enjoyed family-friendly festivities.

The Common Council has already earmarked $50,000 funds for 2020’s pageant and related activities……

MIDDLETOWN — June is LGBTQ Pride Month and one Connecticut city is making history tomorrow by hosting its first ever pride parade on Saturday.

“It really shows that Middletown is an inclusive community and that’s what we want everyone to know about Middletown,” Middlesex Chamber spokesman Mike Fallon said.

The Middletown Pride parade kicks off at two p.m on Main St. at St. John’s Square and will proceed down Union St. 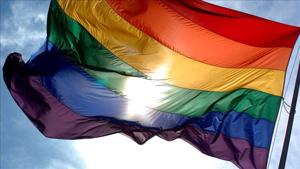 MIDDLETOWN, CT (WFSB) – Middletown is gearing up the celebrate the LGBTQ community this weekend.

Middletown Pride is hosting its first-ever event and is expecting thousands to head out this weekend.

Friday night will kick off with a pride dance party at Vinnie’s Jump and Jive, but in less than 24 hours, hundreds will be marching and celebrating on Main Street.

All over the city, there is pride displayed proudly, which is a welcomed sight by people who live and work there.

Mayor Dan Drew spoke with Channel 3 and said this all started after a city employee approached him last year to say city hall should raise the pride flag.

If you would like to submit an article to be featured, please send it to [email protected].